Morogoro Womens Training Centre (MWTC) is a self-accounting unit of the Christian Council of Tanzania (CCT). CCT is an ecumenical body comprising the Protestant Churches and Christian Organizations in Tanzania. The Centre is located at Kilakala area along Mizambarauni road, approximately five (5) kilometers from Msamvu main bus stand, east of Morogoro Municipality in Morogoro region. It overlooks the scenic Uluguru Mountains, hence rendering its view ideal for retreats, academic work, seminars,conferences and recreation.

MWTC was established in 1979 for the purposes of empowering women from member churches of CCT to acquire knowledge and skills to participate effectively in the life of the church, family and community. The first Director was Elisabeth Preiswerk, a Swiss national and missionary who worked as a teacher and woman educationist in Tanzania since 1957. The main partners for the Centre over the past years have been the Inter-Church Organization for Development Cooperation (ICCO), Church of Sweden (CoS), United Church of Canada (UCC), MIVA, Mission 21, The Global Women’s Fund of the Episcopal Diocese of New York and Bread for the World.

The inception of MWTC has its roots in the expanding church and ministry work. Many member churches had prioritized further training for their church leaders and evangelists who were mostly men. On return from studies the leaders would take up important responsibilities especially of a pastoral nature and would require their wives to support them as co-workers, a position that wives could not cope with, due to lack of a similar education and exposure. This gap formed the impetus for establishing a women’s training institution to offer training to women in order to upgrade their education, knowledge and skills.

In 1978/9 the Anglican Diocese in Morogoro acquired an 18 acre land in Kilakala area for construction of the training infrastructures and hence the Centre opened its doors for the first student intake comprising mainly Pastors’ wives in September, 1979.

Services and Infrastructures at MWTC

The Centre has been running several courses that have benefited Pastors’ wives, youths, parish workers and women in community. Courses for Pastors’ wives were in the fields of Home Economics, Bible Knowledge, Social Rights and Women Development Issues. The courses for parish workers involved leadership skills courses, refresher courses, English courses and development and planning courses. The youth trainings were on household economic planning while other women trainings were on HIV/AIDS, entrepreneurship, trainings for maternal health workers, governance and environmental issues.

The Diocesan Gender Desk Secretaries benefited from a course on leadership, peace building, planning, writing of project proposals, preparations of business plans, gender based violence especially againts children and women, and nutrition. The MWTC also carries out income generating enterprises by offering accommodation services, catering services, and hall hiring for events, tree planting, farming and gardening. These services are supported by the existing infrastructure that includes an administrative block with three (3) offices, four (4) conference halls with a 300 persons seating capacity, a kitchen and ten (10) guest houses with several rooms, ten (10) staff houses and a Suzuki car(which has been on the road for the past twelve years) used for transportation.

In view of the above, the Centre is in the process of procuring a brand new Toyota pick-up double cabin. The vehicle is expected to be delivered in mid October, 2019.

» » Changed livelihoods of more than 3,000 women from member churches of CCT by enabling them to improve their social and economic status who were trained by MWTC since its inception in 1979.
» » Saved lives of more than 500 mothers and babies through safe deliveries conducted by Traditional Birth Attendants in Tanzania who were trained by CCT-MWTC in cooperation with the Ministry of Health.
» » Enhanced the capacities of Gender Desk Coordinators from member churches of CCT in performing their tasks as Coordinators.
» » Improved the abilities of 55 widows in the preparation of quality foods for domestic use and for business, increased knowledge and skills in entrepreneurship, awareness on the laws that protect their rights as widows and as women.
» » Improved the infrastructures of MWTC and made it more attractive to customers.
» » Secured scholarships for 15 female students from pastoralist families of Maasai, Kaguru and Nguu tribes in Tanzania funded by Bread for the World.
» » Apart from maintaining good working relationship with its core development partner-the United Church of Canada (UCC), MWTC has established relationships with two new development partners namely:
» » Bread for the World in Germany for granting scholarships for 15 female University students.
Global Women Fund of the Episcopal Diocese of New York in USA for training widows in Tanzania. 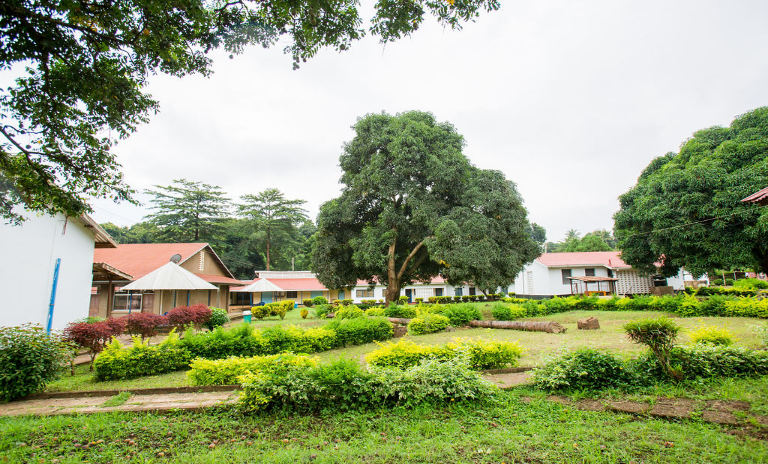